The car GPS navigation systems are the navigation systems used in cars. These systems are provided in-dash by major luxury car manufacturers and aftermarket products are also available. These are used as positioning systems thereby helping in vehicle tracking and positioning. The major industry using these technologies is transportation and logistics as these industries have fleets of vehicles. The ASEAN car GPS navigation systems market size was valued at $12,936 thousand in 2017, and is projected to reach at $29,599 thousand by 2025, growing at a CAGR of 11.1% from 2018 to 2025. 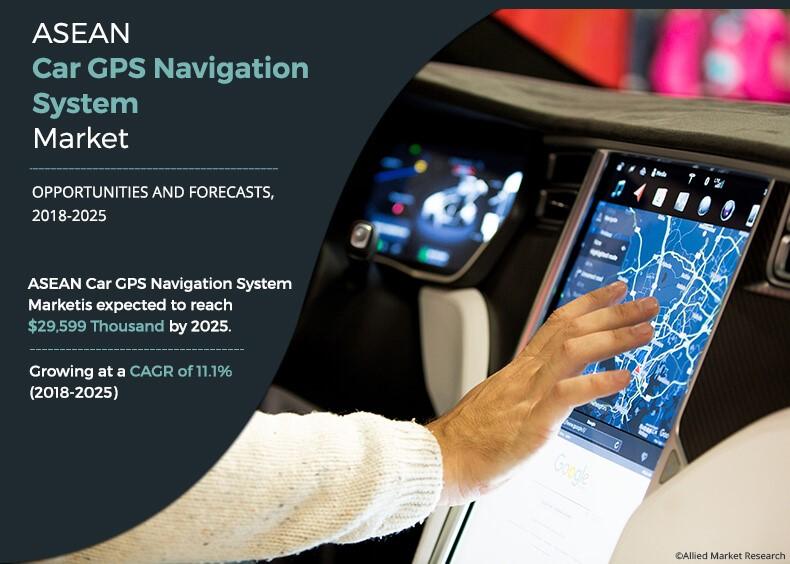 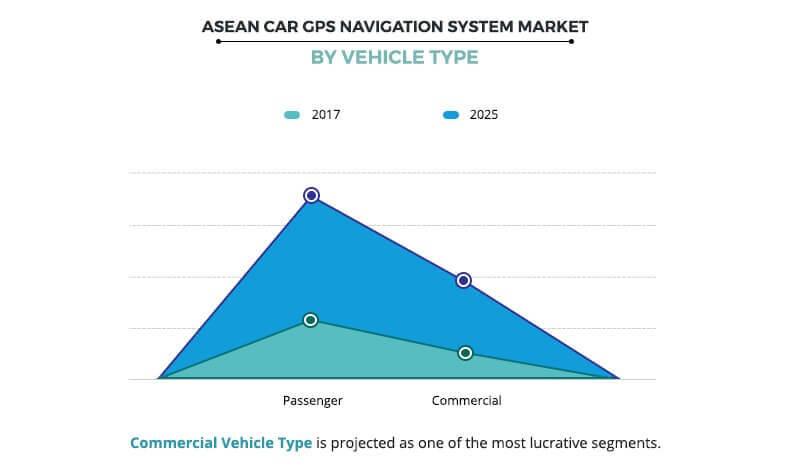 The passenger segment dominated the overall ASEAN car GPS navigation systems market share in 2017, and is expected to continue this trend in the near future, owing to increase in number of car sales in the South Asian countries. However, the commercial vehicle type segment is expected to exhibit the highest growth rate during the forecast period owing to increase in production of commercial cars in the South Asian countries. Moreover, addition of enhanced features such as smart parking assistance, traffic updates is expected to fuel the demand for car GPS navigation system market in commercial vehicles. 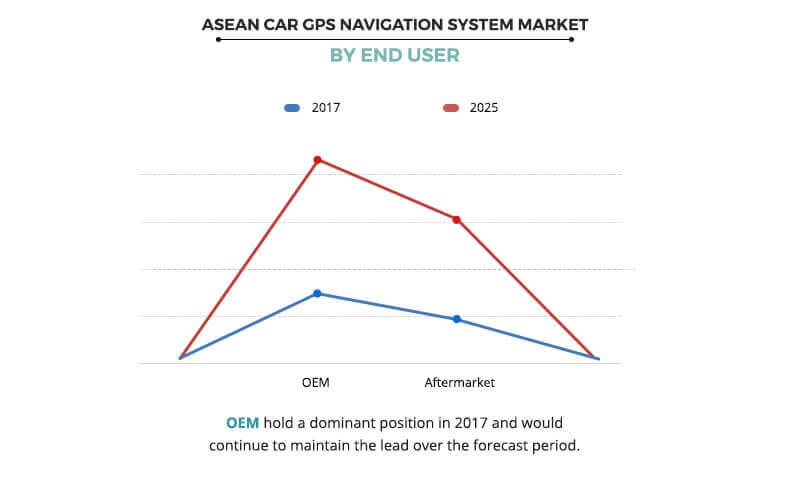 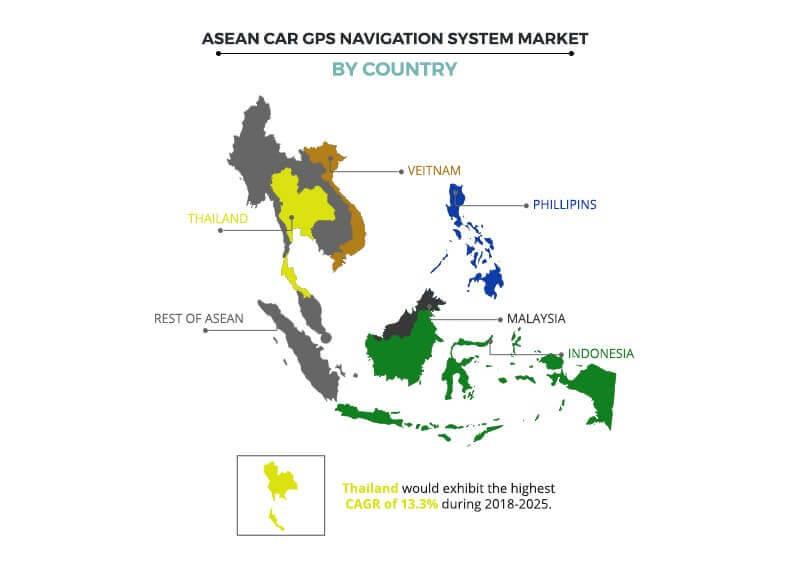 Indonesia dominated the overall ASEAN car GPS navigation systems market in 2017, due to increase in need to improve the accuracy of map and to overcome the traffic congestion in major cities such as Jakarta, Java, and others. However, Thailand is expected to witness the highest growth, owing to the growth in industrialization and increase in need to efficiently deliver the goods from one point to another.

The report focuses on the growth prospects and restraints of the market based on the analysis of ASEAN car GPS navigation systems market trends. The study provides Porter’s five forces analysis of the industry to understand the impact of various factors such as bargaining power of suppliers, competitive intensity of competitors, threat of new entrants, threat of substitutes, and bargaining power of buyers on the growth of the market.

Rise in number of car productions and sales in ASEAN countries

The ASEAN developing economies majorly influence the car GPS navigation system market. For instance, ASEAN car sales in 2017 was around 3.33 million units, which drives the adoption of GPS navigation systems and thus, fuels the growth of the market. Rise in national incomes has led to the growth of the ASEAN car market and the same trend is expected to continue in the upcoming years. Around 4 million units of cars are expected to be sold by 2020. In addition, as per data provided by the ASEAN Automotive Federation (AAF), new car sales in the ASEAN region increased by 5% from 2016 to 2017 reaching to 3.33 million units, which is about two-thirds of the Japanese car market.

Increase in adoption of wireless communication technologies has been the major factor for the market in Southeast Asia. The wireless communication technology includes various IT devices such as Bluetooth, Wi-Fi, ZigBee, and cellular networks (GSM, UMTS, and LTE). Using these technologies, the owner of these vehicles have been widely successful in their fleet management as well. The advanced connectivity infrastructure has been posing high growth opportunities for the market. For instance, dynamic real-time geoinformation that is provided helps users to understand the exact road directions, traffic conditions, and other details. In addition, features such as voice command recognition is opportunistic for the ASEAN car GPS navigation systems market.

Rise in number of vehicle sales in ASEAN countries primarily drives the growth of the market. Moreover, integration of connected devices such as smartphones with in-vehicle systems (IVS) along with increase in demand for advanced car navigation systems from end users is anticipated to accelerate the market growth. Moreover, key players tend to spend considerable amount on R&D related to GPS navigation systems. Prominent players operating in the car GPS navigation systems market industry focus toward introduction of advanced in-car GPS navigation systems that are equipped with latest features. For instance, Pioneer Corporation is aimed at enriching its map creation capabilities with enhanced features. In addition, companies such as Denso Corporation focus onto developing next generation processors that have capabilities to enable external communication at high speeds. Moreover, companies are also focusing on decreasing the driver’s distraction and enhancing the viewers’ experience. For instance, Mercedes Benz enhance their command navigation infotainment systems; these are now compatible with Android Auto and Apple CarPlay.

Some of the key players profiled in the report include Alpine Electronics, Pioneer Corporation, TomTom International BV, Panasonic, Mitsubishi Electric Corporation., JVC KENWOOD Corporation, Robert Bosch, Garmin Ltd., Sony Corporation, Denso Corporation, and Continental AG. These players have adopted various strategies to enhance their service offerings and to increase their market penetration. For instance, in December 2017, Denso Corporation entered into a partnership with BlackBerry Limited, to develop world’s first integrated Human Machine Interface (HMI) platform. In this partnership, DENSO developed HMI products, such as instrument clusters, car navigation systems, and head-up displays that contribute to the safety and the convenience of automobiles.