Get detailed COVID-19 impact analysis on the Biopharmaceuticals Market

The global biopharmaceuticals market accounted for $186,470 million in 2017, and is projected to reach $526,008 million by 2025, registering a CAGR of 13.8% from 2018 to 2025. Biopharmaceuticals are substances that are produced using living organisms, such as microorganisms and animal cells, and have a high-therapeutic value. These large and complex molecular drugs are also known as biologics and biotech drugs. 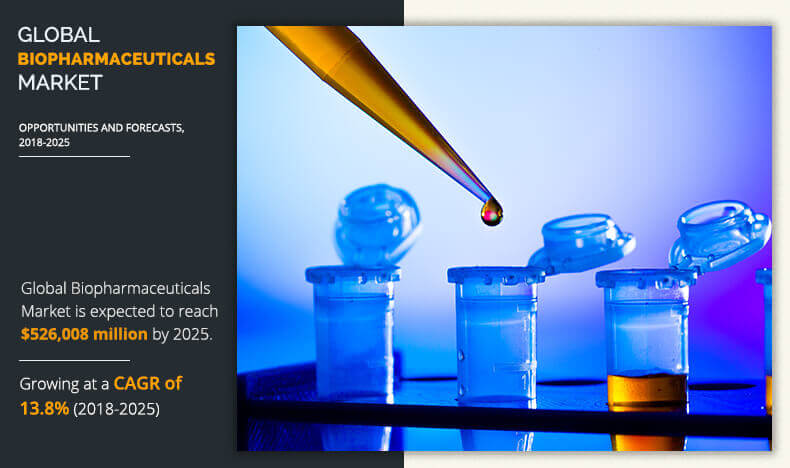 However, high costs associated with drug development and their threat of failure are factors anticipated to restrain the growth of the global biopharmaceuticals market. Conversely, emerging economies, such as India and China, are anticipated to provide lucrative growth opportunities to the key players involved for business expansion in the global biopharmaceuticals market during the forecast period.

The global biopharmaceuticals market is segmented based on type, application, and region. On the basis of type, the market is divided into monoclonal antibody, interferon, insulin, growth and coagulation factor, erythropoietin, vaccine, hormone, and others. By application, it is categorized into oncology, blood disorder, metabolic disease, infectious disease, cardiovascular disease, neurological disease, immunology, and others. Region-wise, it is analyzed across North America, Europe, Asia-Pacific, and Latin America Middle East and Africa (LAMEA). 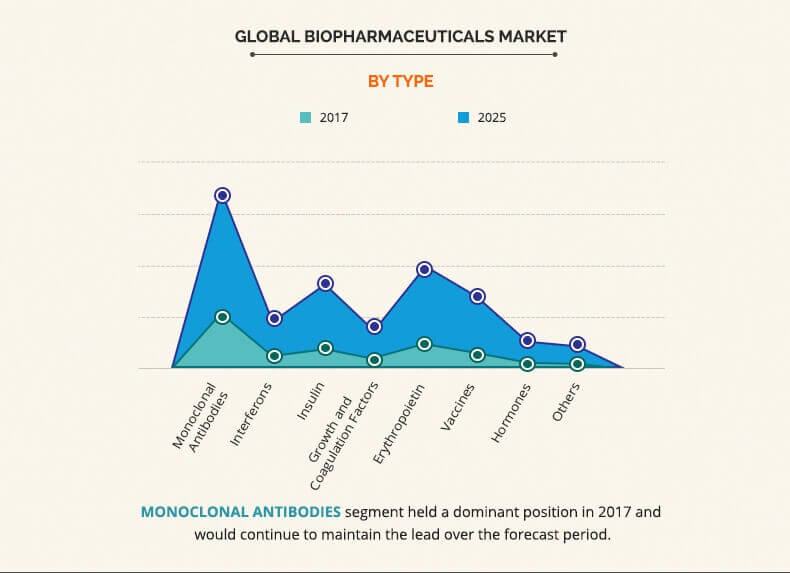 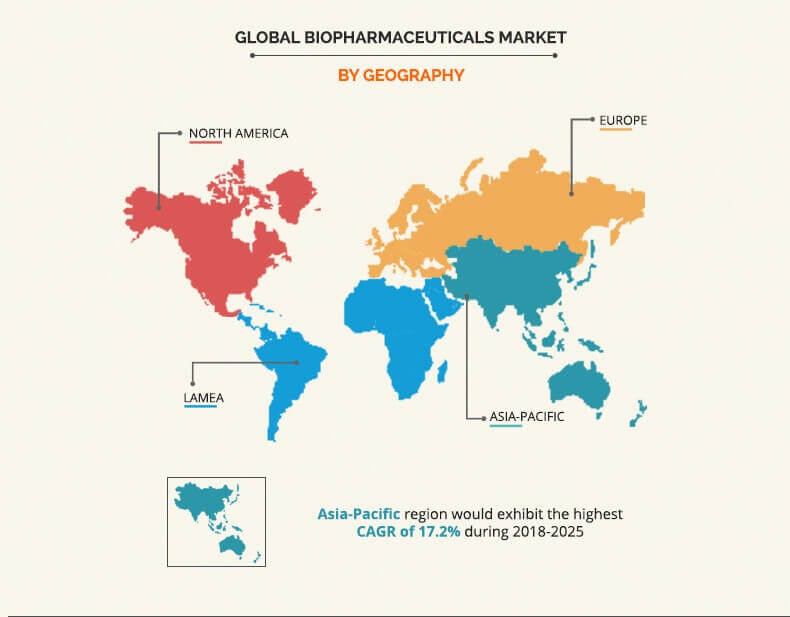 Rise in focus of vendors on the emerging markets, such as Asia-Pacific and LAMEA, is expected to boost the market growth. The Asia-Pacific region is projected to witness significant growth in future, owing to increase in R&D investment, rise in adoption and availability of biopharmaceuticals for disease treatment and surge in disease diagnosis awareness. Furthermore, this region presents remarkable opportunities for venture capitalists and investors, because the developed markets are comparatively saturated.

Biopharmaceuticals have positively affected diverse fields of disease treatment and prognosis. Diseases that were otherwise debilitating and life-threatening are managed through administration of these drugs. The demand for biopharmaceuticals products has increased considerably, owing to increase in prevalence of chronic diseases, such as cancer and diabetes, in both developed and developing economies.