Bunker fuel is the fuel oil delivered to ships of all states that are engaged in international navigation. Bunker fuel refers to the heavy oil, which is used to power a ship. Distillate and residual are the two types of marine fuels, which are most widely used in the bunker fuel industry. Residual fuel oil is a heavy oil composed of distillation residue, and is considered as the most important byproduct after extraction of distillates. This oil is extracted during the refining process of crude oil. It consists of fuel mixture having non-boiling fractions. On the basis of distillation temperature, the fuel oils are categorized into different grades, namely, marine gas oil (MGO), marine diesel (MDO), and other bunkers. 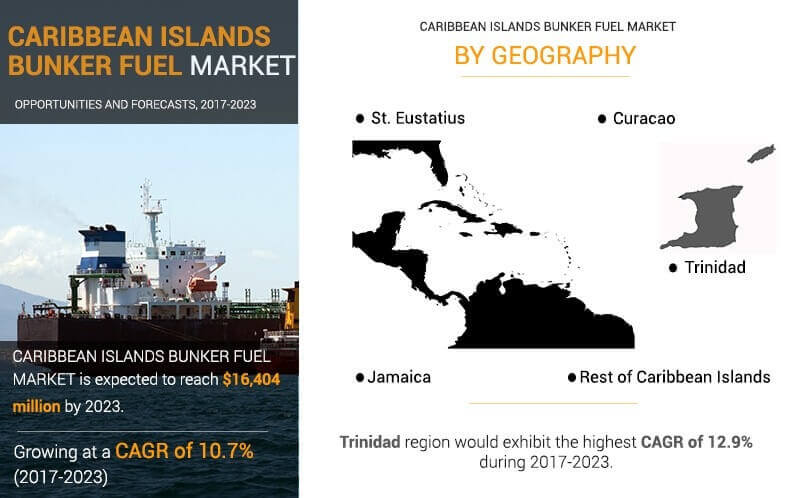 Caribbean islands bunker fuel market size is primarily expanding due to rise in marine trade. Growing offshore hydrocarbon exploration activities are developing scope for the bunker fuel consumption. But, the growth of this market is largely driven by increase in marine-borne trade and IMO’s regulations of sulfur cap for marine fuels. Besides this, due strengthening country level political alliances trade activities have increased. Wherein, marine trade is a convenient choice as a result of high shipment capacity.

The Caribbean islands bunker fuel market is segmented based on type, commercial distributor, end user, and geography. On the basis of type, the market is classified into residual fuel oil, MDO, and MGO. Residual fuel oil is further divided into IFO 180 and IFO 380. Depending on commercial distributor, the market is fragmented into oil majors, large independent, and small independent. By end user, it is categorized into container, bulk carrier, oil tanker, general cargo, chemical tanker, fishing vessel, gas tanker, and others. Geographically, it is analyzed across St. Eustatius, Trinidad, Curacao, Jamaica, and rest of Caribbean islands. 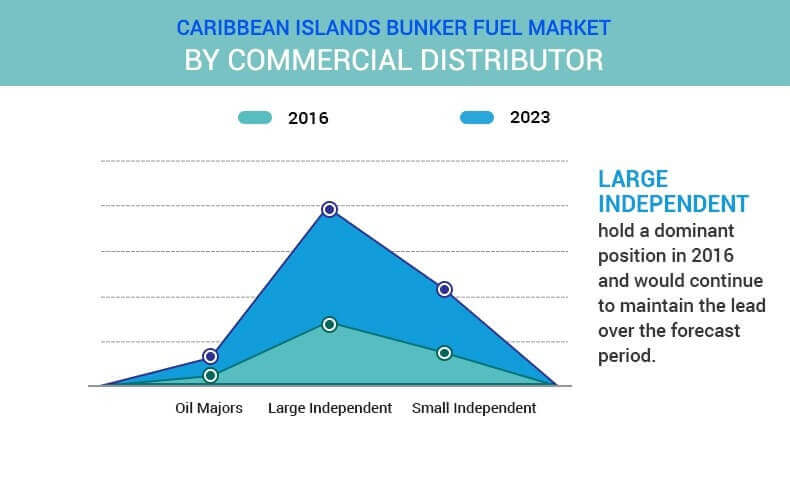 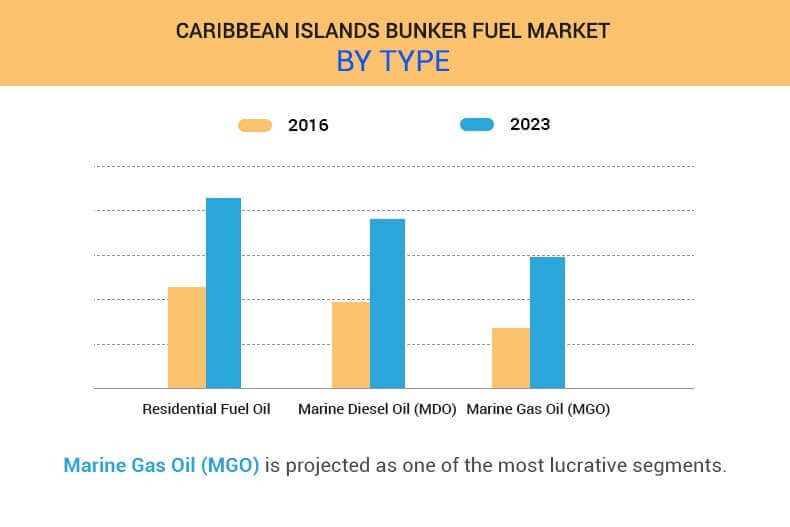 Based on the region Caribbean Island Bunker fuel market has been segmented into Curacao, Trinidad, Jamaica, and Rest of the Caribbean Island. Trinidad region expected to exhibit the largest CAGR during the forecast period due to significant demand for bunker fuel.

Container shipping is gaining immense popularity and is witnessing high demand. Jamaica’s shipping line of customer mix depends on three key container carriers, namely, CMA CGM, MSC, and ZIM. Vessel calls and shipping traffic are major concerns in bunkering. The total vessel calls by the port of call in Jamaica had reached 3,300 by end of 2012. Kingston Container Terminal alone contributed around 40% of total visits, thereby making it the most visited facility.

Increase in demand for natural gas is expected to drive the growth of the bunker fuel operation across the Caribbean region to fuel gas production and boost economy. It is anticipated to create more employment opportunities in bunker fuel operations and related activities. The generation of direct and indirect employment in a bunker fuel extraction project is expected to enhance the economic stability of the Caribbean region. In addition, chemical tanker is a cargo tanker that transports chemicals in various forms from one port to another. These tankers are specifically designed to maintain the consistency of chemicals that they carry. Moreover, they are applied with extensive coatings of certain substances leading to easy identification of chemicals that are shipped, thereby driving the growth of the Caribbean Islands banker fuel market.