Get detailed COVID-19 impact analysis on the Gastroparesis Drugs Market

The Global Gastroparesis Market was valued at $4,667 million in 2016, and is projected to reach $6,486 million at a CAGR of 4.7% from 2017 to 2023. Gastroparesis is a medical condition of the stomach, which affects the normal spontaneous movement of the stomach muscles. It restricts the normal digestion, causes vomiting, and problems related with blood sugar levels & nutrition. Various medications or drugs such as reglan, erythromycin, antiemetics, and others are prescribed to treat gastroparesis.

Rise in number of surgeries which lead to postsurgical gastroparesis, increase in diabetic population, growth in geriatric population, and introduction of novel drugs to control symptoms such as nausea and vomiting drive the market. However, the market growth is limited by side effects related to gastroparesis drugs, time-consuming regulatory process for the approval of drugs, and complications in gastroparesis diagnosis. Conversely, surge in demand for the development of user-friendly drugs, rise in healthcare infrastructure, and creative marketing initiatives by key vendors in emerging countries are expected to provide lucrative opportunities for the market expansion during the forecast period.

Idiopathic gastroparesis segment accounted for the largest market share in 2016 and is expected to remain so throughout the forecast period. It is a type gastroparesis, which occurs due to any unknown cause. The symptoms for this type of gastroparesis include nausea, vomiting, early satiety, postprandial fullness, and upper abdominal pain, among which abdominal pain occurs more often. This condition can be managed by dietary modification, prokinetics medications, antiemetic drug therapy, and symptom modulators. Prokinetics medications stimulate gastric motility, antiemetic drug therapy suppresses nausea and vomiting, while symptom modulators such as psychotropic agents reduce symptom expression. Moreover, non-steroidal anti-inflammatory drugs (NSAIDs) may help in controlling the abdominal pain. However, current approved treatment options do not adequately address clinical need; thus, development of new effective therapies for idiopathic gastroparesis is needed. 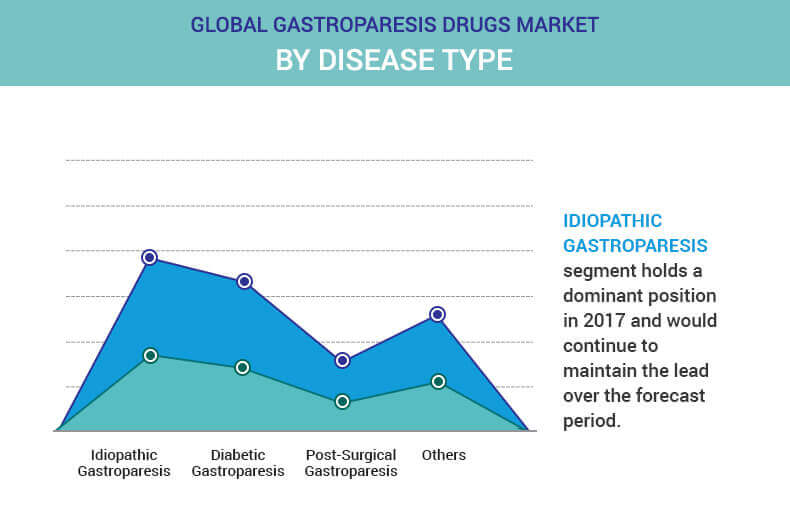 Rise in focus of market vendors on emerging markets, namely, Asia-Pacific and LAMEA regions, is expected to boost the market growth. According to IDF 7th Edition, about 29.6 million of the adult population in the South and Central American regions suffered from diabetes in 2015, of which, about 39.0% of them were undiagnosed. Moreover, the estimates of United Nation’s World Population Ageing Report reveal that around 64.4 million people in Africa and 70.9 million people in Latin America and Caribbean belonged to the age group of 60 years and above in 2015. Hence these people are prone to encounter idiopathic or diabetic gastroparesis. Thus, LAMEA offers a huge customer base to the manufacturers of gastroparesis drugs. 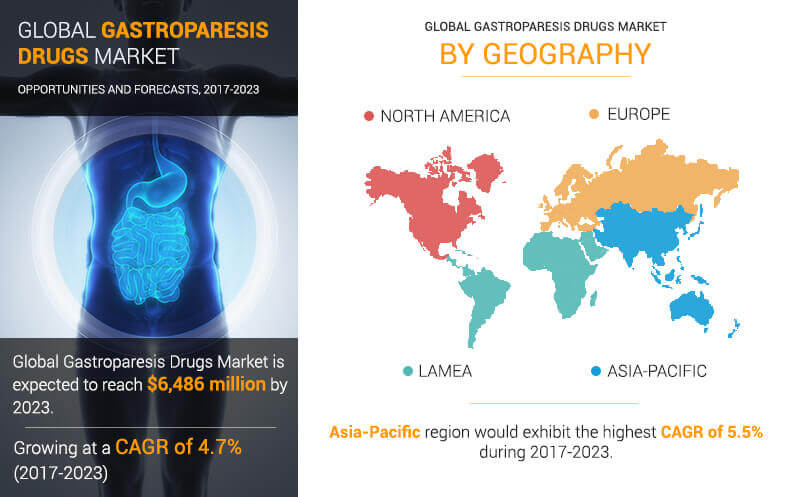 The Asia-Pacific and LAMEA regions accounted for 18 and 5 clinical trials, respectively, for gastroparesis drugs. 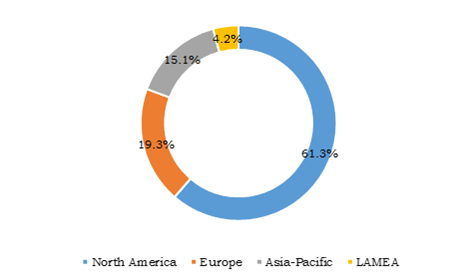 Upsurge in cases of gastroparesis and increase in prevalence of diabetes make it imperative to use gastroparesis drugs for the treatment of gastroparesis. Moreover, increase in R&D activities to develop novel drugs with lesser side effects, rise in geriatric population, and surge in affordability in the developing economies are projected to supplement the market growth. However, complications associated with these drugs and stringent & time-consuming regulatory approvals are expected to impede the market growth.

The use of gastroparesis drugs is highest in North America, owing to increased awareness about the gastroparesis condition and heavy expenditure by the government on healthcare, followed by Europe and Asia-Pacific. Moreover, gastroparesis drugs providers and distributors have focused on expanding their presence in the emerging economies, which is anticipated to drive the market growth.