Get detailed COVID-19 impact analysis on the Industrial Alcohols Market

Global Industrial Alcohols Market was valued at $100,535 million in 2016, and is expected to reach $198,610 million by 2023, registering a CAGR of 10.2% from 2017 to 2023. Industrial alcohols act as a reagent as well as a solvent in various industrial applications in the pharmaceuticals, personal care, energy sector, and chemical industries. These alcohols are used in applications other than beverages. In addition, multi-functionality increases the adoption in various end-use applications. Moreover, ethanol, being the majorly produced and consumed alcohol, is widely utilized as a biofuel worldwide. These fuels are produced by fermentation of sugars derived from wheat, corn, sugar beets, sugar cane, and molasses. Furthermore, it is used in petrol engines as an alternative to gasoline. In addition, alcohols such as methanol, benzyl alcohol, and isopropyl alcohol are also used in the production of food products, flavorings, cosmetics, and adhesives. 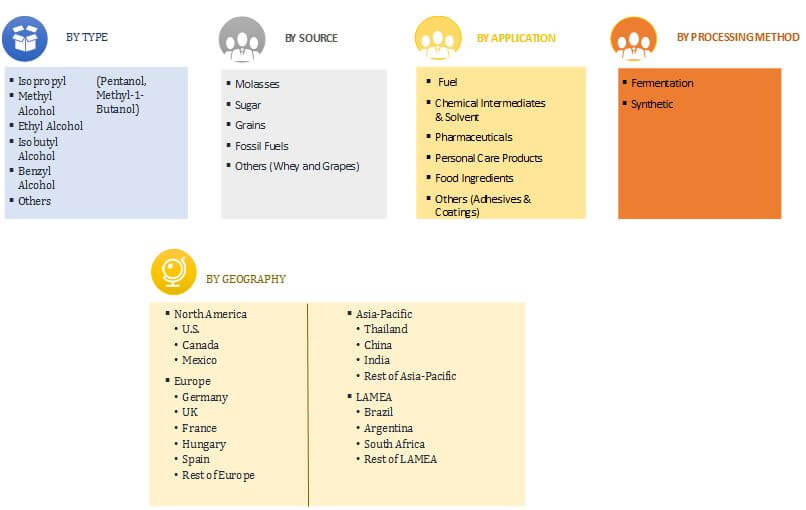 The global industrial alcohols market is driven by in the growing demand for biofuels among end users for energy security and increasing demand for low-priced feedstock in the chemical industry. Moreover, surge in demand for organic solvents due to excellent properties of these alcohols, such as high-octane number and more flammability characteristics, boosts the market growth in transportation. In addition, shortage of petroleum and rise in prices of energy have aggravated the problem of energy crisis; leading to increasing utilization of alcohols as an energy source. Further, bioethanol is mixed with gasoline and diesel for use as a fuel in automobiles. Moreover, government mandates to use 22% ethanol blended petrol in Brazil coupled with blend of 10% ethanol with petrol (gasohol) in the U.S. for routine usage in cars have propelled the market growth.

The fuel application segment is anticipated to be the most lucrative for investment and is estimated to grow at the highest CAGR during the forecast period, owing to the increased usage of ethanol as a motor fuel in the automotive industry and less dependence of greenhouse gas emissions from vehicles. Thus, blended ethanol as a transportation fuel is further gaining demand in the developing countries, such as China, Thailand, and India, which in turn boosts the market growth. 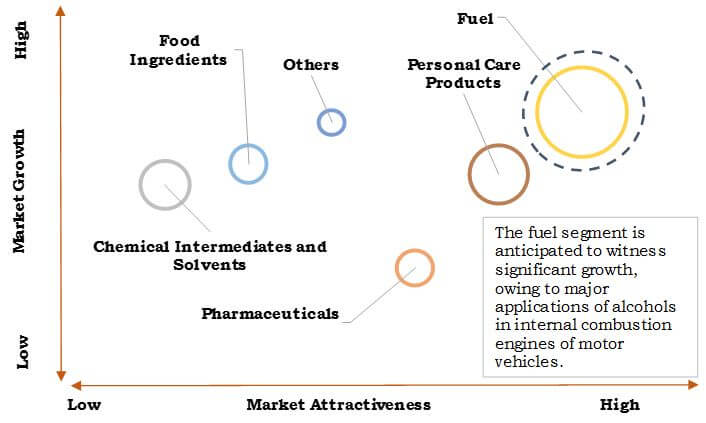 The grains segment dominated the global market in 2016, and is anticipated to maintain this trend throughout the forecast period. The sugar segment is expected to grow at a CAGR of 10.4%. 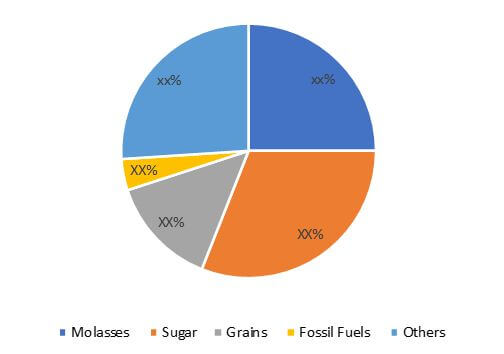 North America accounted for a significant share of the global market revenue in 2016, followed by LAMEA and Europe. The enhanced production of industrial solvents from agricultural wastes and algae in countries, such as U.S. and Brazil, has created higher demand for ethanol as a major source of octane as well as a conveyance fuel. 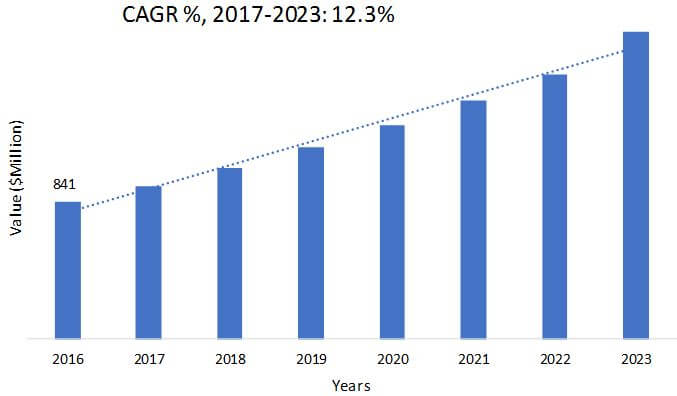 Industrial alcohols are alcohols of high proof (alcohol content in bottle), which are manufactured and utilized in various industrial applications including beverages. Moreover, the U.S. fuel ethanol industry utilizes grains, which is processed using fermentation and distillation to produce ethanol, animal feed, and other byproducts.

The popularity of industrial alcohols has increased in the recent years, owing to their increasing usage in emerging economies. Asia-Pacific is expected to grow at the highest CAGR during the forecast period. In addition, Thailand is converting cassava stock held by the government into biofuel on a large scale in the domestic market by using 10% ethanol. In addition, China encourages the use of ethanol-based fuel in its five cities, such as Zhengzhou, Luoyang, Nanyang, Beijing and Tianjin, thereby increasing awareness about environment safety and reducing carbon emissions.

North America industrial alcohol market offers lucrative opportunities for key manufacturers, owing to the presence of a wide range of suppliers and manufacturers in this region. In addition, high economic growth rate, increase in purchasing power, and R&D activities in the bioethanol sector fuel the market growth.