Get detailed COVID-19 impact analysis on the Methanol Market

The COVID-19 pandemic has significantly reduced the demand for methanol from end-use industries such as automotive, appliances, and others owing to supply-chain disruptions, import-export restrictions from major methanol producing countries such as U.S., and China, and others. 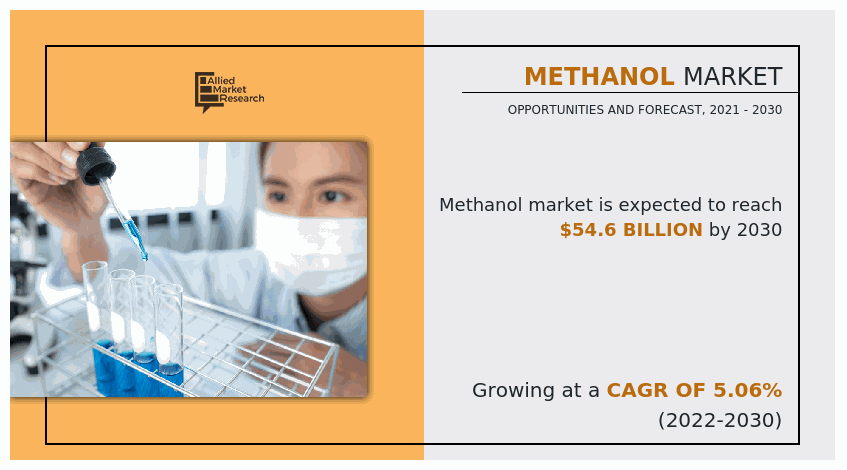 The methanol market is segmented into Feedstock and End-use Industry.

Methanol also known as methyl hydrate or methyl alcohol is a colorless, volatile light chemical with distinctive alcoholic odor. Methanol has extensive application across packaging, pharmaceuticals, paints & coatings, automotive, electronics, and insulation industries. Also, it is used for the manufacturing of medical equipment such as hood cap, apron, masks, medical gowns, gloves, disinfectants, pharmaceutical drugs, and others. Additionally, methanol is also used in wastewater treatment facilities for cleaning water. This process is known as denitrification in which excess nitrate from wastewater is converted into nitrogen gas and released in the atmosphere.

The use of methanol as a transportation fuel and in marine sector is gaining significant popularity. This is because methanol is an affordable and a versatile transportation fuel compared to gasoline-based fuel. Owing to these properties, methanol can act as a substitute for gasoline-based fuel such as diesel. In the chemical industry, methanol is used for the production of acetic acid, olefins, methyl methacrylate, silicone, formaldehyde, and others. These chemicals have various end-use applications across adhesives, plastics, paints, sealants, medical equipment, automotive manufacturing, lubricants, and others.

LAMEA is the most lucrative segment

By region, Asia-Pacific dominated the global methanol market in 2021 and is projected to remain the fastest-growing segment during the forecast period. The methanol demand in countries namely China and India is growing rapidly as it is a clean fuel and alternative to gasoline-based fuels. For instance, in September 2021, India launched its first pilot plant to convert high ash coal to methanol in Hyderabad to boost the transition towards clean technology. This will also reduce the Indian crude oil imports and the adoption of methanol as a transportation fuel. These factors are estimated to boost the Asia-Pacific methanol market share during the projected timeframe.

By feedstock, the natural gas sub-segment dominated the global methanol market in 2021, and coal sub-segment is projected to remain the fastest-growing segment during the forecast period. This is because the production of methanol from natural gas as a feedstock is a simple process and desired purity of methanol can be achieved. Also, the use of natural gas as a feedstock is safe compared to gasoline fuels that have high risk of flammability. The methanol produced from natural gas has an efficiency of around 50-60% which is anticipated to boost the methanol market size during the forecast period.

Coal is the fastest growing segment

By end-use industry, the automotive sub-segment dominated the global methanol market in 2021, and appliances sub-segment is projected to remain the fastest growing during the forecast period. This growth is majorly owing to the use of methanol for manufacturing of automotive components. For instance, methanol is widely used for the manufacturing of automotive body panels, automotive paints, thermoset bumper & energy absorber, safety glass laminate, tire core adhesives, light lens, acetyl thermoplastics, polyurethane dashboard foam, and others.

Appliances is the most lucrative segment

IMPACT OF COVID-19 ON THE GLOBAL METHANOL MARKET

According to the CXOs of the leading companies, the global methanol market possesses a substantial scope for growth in the future. Extensive use in chemicals sector for the production of paints, fleece, lubricants, sealants, polypropylene, plywood, adhesives, medium-density fibreboards, and others is estimated to drive the methanol market growth. However, formaldehyde emissions that can be carcinogenic and can lead to skin infections is predicted to restrain the methanol market share. Wide applications in medical sector for the production of medical equipment such as apron, hoop, cap, disinfectants, medical gowns will drive the global methanol market demand. According to the CXOs, Asia-Pacific is projected to register significant growth as compared to North American and European markets.

Q1. What are the upcoming trends of Methanol Market in the world?

A. Growing application of methanol for the production of green hydrogen and in wastewater treatment facilities is anticipated to boost the methanol market demand in the upcoming years.

Q2. What is the leading application of Methanol Market?

A. Some of the leading applications of methanol include its use in automotive, insulation, packaging, paints & coatings, construction, and other sectors.

Q3. Which is the largest regional market for Methanol?

A. Asia-Pacific is the largest regional market for methanol.

Q4. Who are the potential customers of methanol industry?

A. Automotive industry leaders, chemicals manufacturers are the major the major customers of global methanol market.

Q5. Which are the top companies to hold the market share in Methanol?