Nano Titanium Dioxide Market was valued at $3.4 billion, and is expected to reach $16,682 million by 2022, supported by a CAGR of 20.7%. Nano titanium dioxide can be defined as the materials manufactured or engineered to have specific properties and have dimensions between 1 and 100 nanometers. It is also known by the name of flamenco, rutile, as well as dioxotitanium. These exist in three formsrutile, anatase, and brookite. They are mostly used in cosmetics (sunscreens), household products, surface coatings, and plastics.

The report focuses on current market trends and future growth opportunities of nano titanium dioxide in various industries such as paints & coatings, pigments, cosmetics, plastics, energy, and others. Moreover, it analyzes the extent of applications for nano titanium dioxide in different geographies and suggests the future growth opportunities by analyzing government regulations & policies, thereby further increases consumer acceptance in that region. The market provided is based on the demand or consumption quantity across type of materials and applications at country level. Further, by conducting bottom-up approach and considering price trends the market value and volumes were derived. 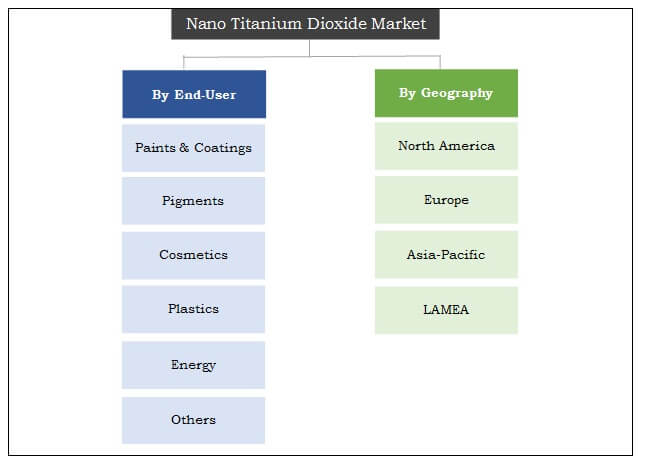 Key players in the Global nano titanium dioxide market have adopted different business strategies such as capacity & business expansion, partnerships, mergers, acquisitions, joint venture, sales agreement, and product & application development to withstand in the global competitive market. Market players profiled in this report are nano titanium dioxide manufacturers who either use it internally in some applications or they supply it to other end-users in the industry. The data pertaining to market players and their strategic moves are gathered through press releases of respective companies, various blogs available on the website, and primary calls made to the experts in the industry. 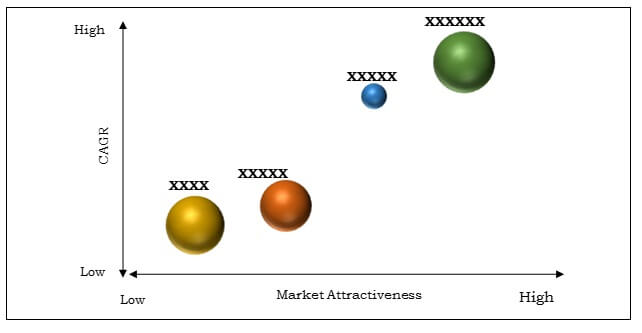 Asia-Pacific is the most attractive market for the new entrants along with industry players on account of the increase in demand for nano titanium dioxide from various application such as paints & coatings, pigments, cosmetics, plastics, energy, and others. Growth in awareness among the consumers of emerging as well as developed countries about adverse effects of UV rays and infrastructure development in the region will mainly boost the demand for nano titanium dioxide products, and this trend is expected to provide significant opportunities to the industry players during the forecast period.

Increased disposable income of the countries such as China, India, ASEAN, and others drive the demand for products such as paints & coatings, cosmetics, plastics, and others. The rapid industrialization along with increase in investment in these industries contributes to the growth of the market and fuels the demand for nano TiO2 in the region. China is one of the leading countries in the Global in terms of demand and commercialization of nano titanium dioxide based products. Cristal, E. I. Du Pont De Nemours and Company, Evonik Industries AG, Huntsman International LLC, and Tayca Corporation are some of the major players in the Asia-Pacific nano titanium dioxide market.