• The outbreak of COVID-19 had a negative impact on the growth of the steam turbine market. This impact is majorly attributed to significant disruption in the material transportation and dearth in availability of labor, which led to shutdown of manufacturing industry, thus declining the demand for power, which, in tur, resulted in decreased demand for steam turbines. 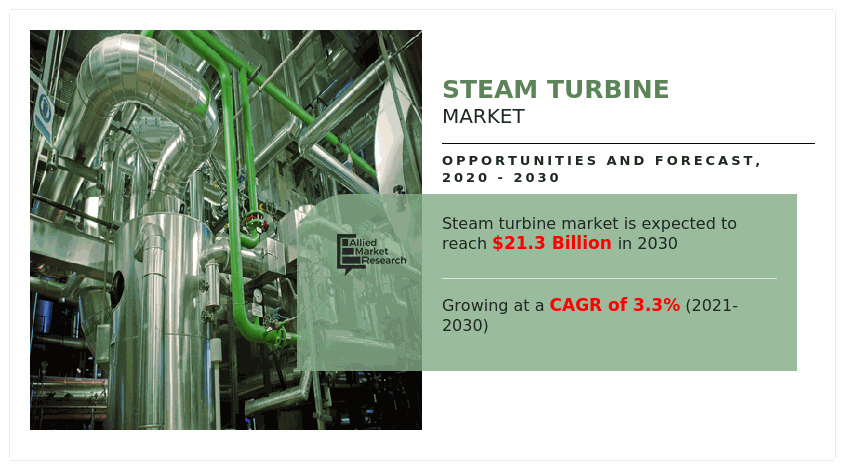 The steam turbine market is segmented into Design and End Use Industry.

Government regulations are playing an important role in accelerating the growth of the market. ISO (the Universal Association for Institutionalization) is an overall alliance of national guidelines bodies (ISO part bodies). Universal associations, legislative and non-administrative staffs are in contact with ISO to take part in development of steam, turbine industries. ISO works together intimately with International Electrotechnical Commission (IEC) on all issues of electrotechnical developments. The ISO along with all the associated organization worked together to encourage the supply of steam turbines and gas extension turbines for mechanical applications. The above organizations are exploring the full potential of the steam turbine market.

These players have been adopting various strategies to gain higher steam turbine market share or to retain leading positions in the market. Merger is the key strategy majorly adopted by companies to strengthen their foothold in the competitive market.

Asia-Pacific occupies the largest part of the steam turbine market and consists of countries such as India, China, Japan, South Korea, and Rest of Asia-Pacific. Asia-Pacific has the highest CAGR % compared to other regions due to the presence of developing and huge population base countries such as India, and China in this region. The International Energy Agency (IEA) has released a report on energy consumption in building estimating that by 2030, the energy used by household appliances will increase with Asia-Pacific being the region with prominent growth. In addition to this the presence of huge population and surge in the economic investments and development India towards the world manufacturing hub will increase the demand for electricity, which will stimulate the investment of the government and private market players for the construction of power generation plant, hence stimulation the growth of the steam turbine market.

The impulse turbine segment dominates the global steam turbine market. In this turbine high velocity jets of water or steam collide with the blades of the turbine to rotate the turbine and produce electricity using this winding. Impulse turbines are majorly used in the chemical and power industries. In the chemical industry, impulse turbines convert the heat energy present in hot vapors and gases into mechanical work. In the power industry, impulse turbines are used for generating electricity in hydro-plants and in steam-based thermal power plants. The major advantage of impulse turbine is its capability to start without any requirements for auxiliary devices such as compressors, which, in turn, reduce the capital and running costs to generate power. The major factors that augment the demand for steam turbines include increase in investments by the government to expand infrastructure and surge in demand from end-user industries such as power generation. In addition, rapid industrialization and migration of individuals from rural to urban areas in developing nations led to huge demand for power. The increase in the demand for the power led to the increased utilization of impulse turbines, hence leading to the development of the steam turbine market during the steam turbine market forecast period.

COVID-19 has severely impacted the global economy with devastating effects on global trade, which has simultaneously affected households, business, financial institution, industrial establishments and infrastructure companies. The novel coronavirus has affected several economies ad caused lockdown in many countries which has limited the steam turbine market growth. The increase in the importance of self-sufficiency during the pandemic outbreak led to the increased investment of the government in various power generation facilities which led to the development of the steam turbine market. The decrease in infrastructure and construction development operations during the outbreak has a negative impact on the development of the market.

The global steam turbine market is expected to exhibit high growth potential during the forecast period, owing to surge in supply–demand gap of electricity, rapid industrialization & urbanization, and increase in demand for captive power systems.

Steady decline in costs of steam turbines, higher efficiency of steam turbines compared to reciprocating engines, and reduced fuel utilization are few advantages assocciated with of steam turbines, which expected to boost its use for generating energy. Several developments are ongoing in the market and these includes expanding efficiencies up to 48%. For instance, the U.S. Department of Energy invested $53 million to cooperate with 32 manufacturers for the manufacturing of improved ultra-supercritical steam turbines. These steam turbines are utilized for gaining efficiencies of 55–60% that depend on kettle tube materials, which can withstand weights of up to 5,000 psi.

To accomplish the abovementioend objectives, research is progressing in materials, with proper plan and development. Steam valve advancement is one such ongoing progress. Furthermore, research is in progress to re-establish and improve the efficiency of existing steam turbines through improved burning frameworks and boilers. In additoon, market players have developed strong interest toward waste heat recovery, biomass energized power, and CHP plants.

Q1. What is the leading application of Steam Turbine Market?

A. Leading application of Steam Turbine are power generation and Oil & Gas Industry

Q2. Which is the largest regional market for Steam Turbine Market?

A. Asia-Pacific is the largest regional market for Steam turbine market

Q3. which is the largest design segment of Steam Turbine market in 2020?

A. Impulse is the largest design type of steam turbine market in 2020

Q4. What is the estimated industry size of Steam Turbine?