Get detailed COVID-19 impact analysis on the White Cement Market

White cement is similar to gray Portland cement, except that the difference lies in the color, fineness, strength, and ease of use. White cement is produced with the same process as gray cement; however, the raw materials differ significantly. The iron oxide and iron sulfate content in the limestone is kept as low as possible as each 0.1% increase in iron oxide reduces cement reflectivity by 2.5%, producing darker cement. All the processes involved in the production of white cement requires machinery equipment to smoothen the process and produce quality white cement for the end user. 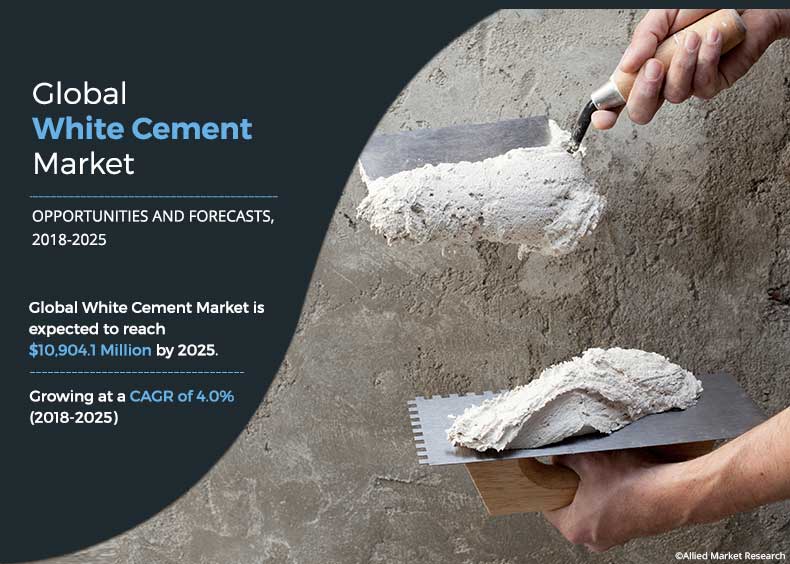 Moreover, architectural concrete, made from white cement add new aesthetic and decorative appearance to modern buildings and has notable applications in molding of sculptures, benches, and others. White Portland cement is made from raw materials containing little or no iron or manganese, which are the major compositions of gray cement. The amount of chromium, manganese, and iron compounds is significantly less in white cement as compared to gray cement. However, it lacks iron oxides. Hence, its strength and durability is lesser in comparison with pure gray Portland cement. Furthermore, lower binding property than cement-based putty deters the global white cement market growth.

The global white cement market is segmented based on type, end use, and region. On the basis of type, it is classified into white Portland cement, white masonry cement, and others. On the basis of end use, it is divided into residential, commercial, and industrial. By region, it is analyzed across North America, Europe, Asia-Pacific, Latin America and MEA.

In order to stay competitive, these major key players are adopting different strategies such as acquisition, business expansion, collaboration, and divestment. For instance, Saudi White Cement Co. signed dual production contract with Teknik FISmidth to convert gray cement line into white cement and gray cement, thereby increasing its capacity to 1 million ton per year. Furthermore, Ras Al Khaimah Company signed a partnership agreement with Masheed Trading and Transportation Company, which is one of the largest companies specialized in building materials, for import and distribution of cement in Saudi Arabia.

The degree of industry attractiveness in the white cement market is analyzed based on impact of five major forces on the market. Porter’s five forces analysis includes the impact of suppliers, industry rivals, new entrants, substitute products, and buyers on the market growth. The raw material suppliers for white cement-based products include various domestic and international producers of cements. Porter’s five forces model analyzes the macro- and microbusiness factors of the global market. The suppliers in the market include sellers of white Portland cement and white masonry cement. Residential, commercial, and industrial consumers are considered as customers in the market. 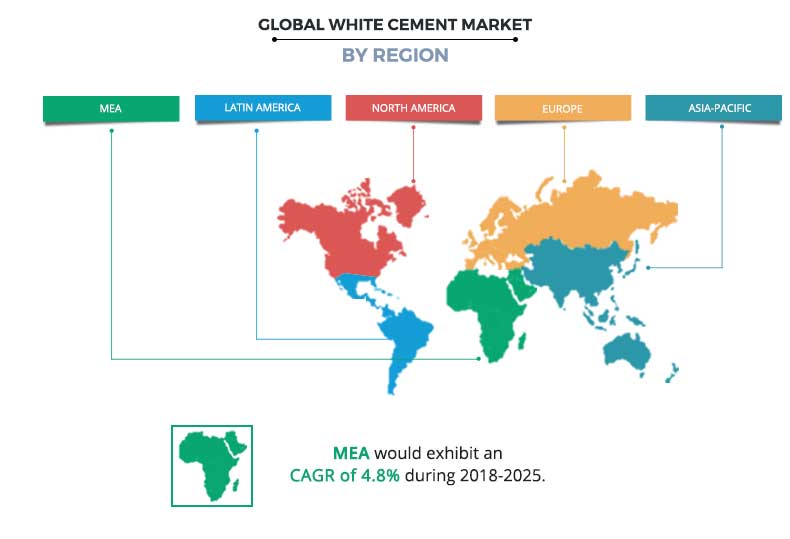 Based on region, Asia-Pacific accounts for major share in the global white Cement market and Asia-Pacific is also attributed to be the fastest growing region. Rise in building & construction expenditures drives the demand for white cement in housing and commercial projects in China and India. In addition, the increase in urban population makes way for increasing construction activities providing growth opportunity for the overall market. It increases the need of white cement products including facades tiles, trim boards especially in the countries such as India, Japan, and China. 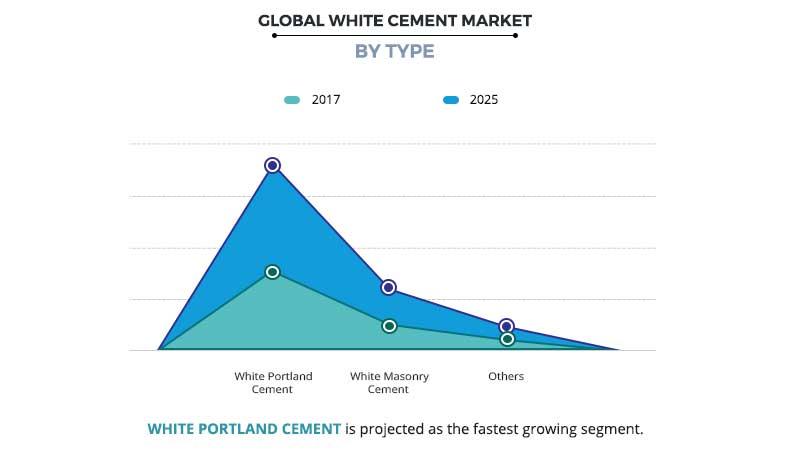 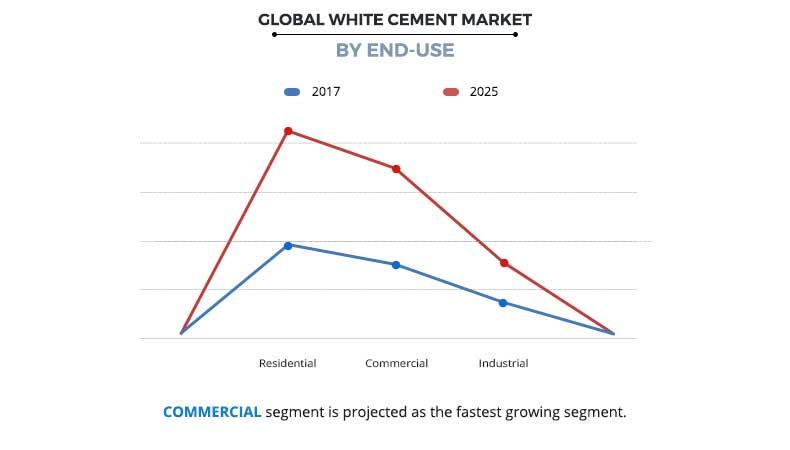 Based on end use, the commercial segment is expected to grow with the highest CAGR during the forecast period. The installation of white cement in constructing commercial infrastructure helps builders in energy saving and offers heat resistant, benefitting the market growth due to increase in demand from European countries. The demand for White cement in Europe is expected to increase in the coming decade owing to the commencement of several commercial infrastructure projects such as construction of second Tesla Gigafactory in Sweden worth $4.2 billion.

White cement is similar to ordinary, gray Portland cement except for its high degree of whiteness. For obtaining the white color, substantial modification methods are required during manufacturing. The content of iron oxide and iron sulfate in limestone is kept as low as possible as each 0.1% increase in iron oxide reduces cement reflectivity by 2.5%, thereby producing darker cement. This cement is majorly manufactured with low iron containing raw material used for architectural decorative purposes. The most important property of white cement is its color. It is also manufactured in strength classes of 325, 400, and 475. It exhibits superior aesthetic appearance and fineness, which improve its durability and strength as compared to gray cement. Furthermore, white cement finds enhanced use in the production of architectural and decorative concrete, which is further utilized in applications such as terrazzo tiles, paints, pavers, as well as in pre-fabricated products such as artificial walls and tile adhesives.

White cement finds applications in construction projects and decorative works. It is similar to gray cement in all aspects except for its white color, strength, and fineness. In addition, white cement is often used as a premium product for mass construction activities. The Asia-Pacific white cement market offers lucrative opportunities for key manufacturers, owing to the presence of a global key players such as JK Cement, Ambuja Cement, and Birla White Cement. JK Cement is one of the known brands in the white cement market in India as well as across the world. JK Cement (India) was one of the world's third-largest producers of white cement in 2014. It has two plants in Rajasthan State with production capacity of 400,000t/year. JK Cement also operates a dual-stream 600,000t/year white cement capacity plant in the UAE. It exports white cement to 24 countries including Angola, Australia, New Zealand, and Qatar. High economic growth rate, increase in purchasing power, and R&D activities for the suitability of white cement in plaster applications are expected to fuel the market growth.