India Pale Ale was one of the first types of craft beer to be introduced into the market even before lager beer came into the picture and gained major share in the global beer market. However, in the recent past, India Pale Ale has once again been one of the preference alcoholic beverages among its target customers. India Pale is well hoped, high gravity beer. Due to higher hop concentration in IPA, brewers use more of malt, which balances all the hop flavor. This results in a higher content of ABV (i.e. around 7%). North America and Europe accounts for higher share of consumption in the global India Pale Ale market. 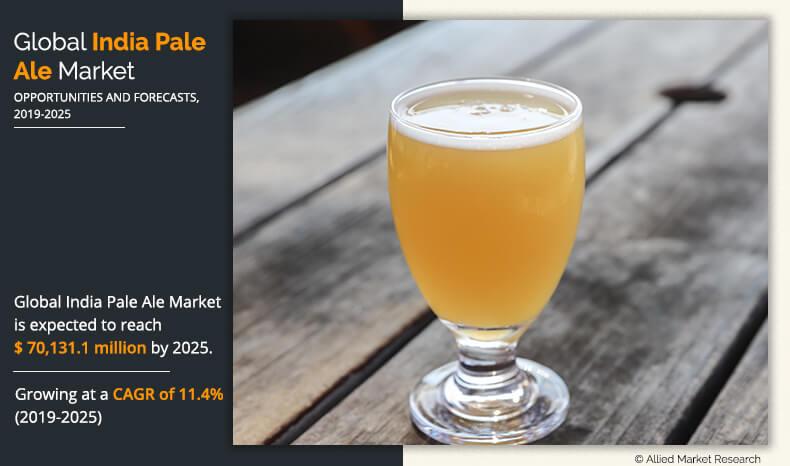 The consumption of beer has increased in the recent years due to rise in disposable income and change in consumer preferences. In addition, unprecedented rise in youth population and surge in female drinkers fuel the growth of the beer market. The consolidation of on-premises distribution channels further supplements the market growth. This has triggered the demand for different types of craft beer including India Pale Ale beers. The higher rate of craft beer consumption is one of the key factors that drives the demand for the global India Pale Ale market. However, taxations and higher excise duties on imported as well as local beer and growth in health awareness among consumers hamper the growth of the India Pale Ale market. 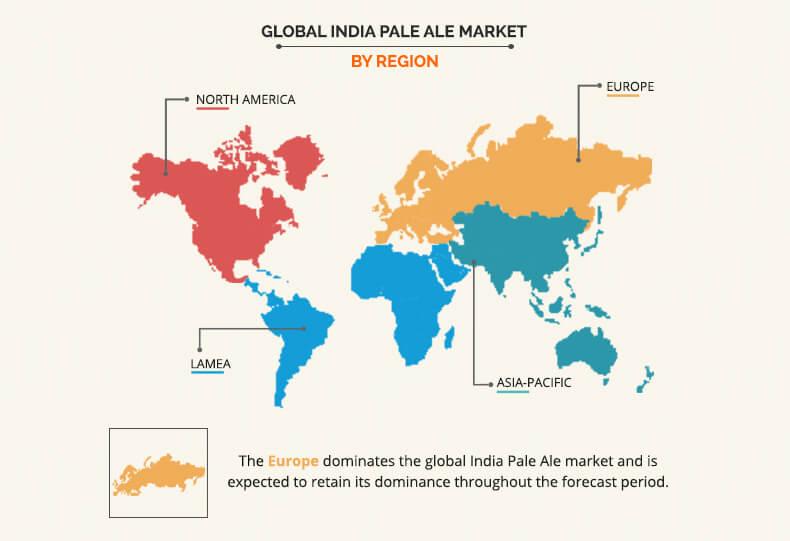 According to the U.S. Census Bureau, millennials are on the verge of surpassing baby boomers in the country. Similarly, in Asia-Pacific, millennials account for a larger population, especially in countries such as China, India, and Australia as compared to other population groups. They have been influential in evolving various global industries in terms of product offerings and services. They always to tend to try products that are new in the market and determine whether the products cater to the requirements. India Pale Ale has been gaining traction among the millennials in the recent years due to its new format craft beer that is being introduced. The rise in number of millennial population provides immense growth opportunity for the global India Pale Ale market in terms of volume sales.

Based on distribution channel, the India Pale Ale market is segmented into on-trade and off-trade. Among these product types, on-trade accounts to higher value India Pale Ale market share. The on-trade distribution segment includes outlets such as bars, restaurants, coffee shops, clubs, and hotels. The distribution and sales of products in the on-trade market differs completely from approach and practice used in the off-trade market. In the on-trade segment, the bar/restaurant owner/manager and the professionals working at any of trade outlet (bartenders and waiters), play an important role in the sales process of Indian pale ale. Consumers are seeking more comfortable and stylish experience at on-trade premises that include brewpubs, tasting rooms, and tiki bars. This factor also drives the pub and bar culture among the younger millennials. This increases the number of bars, pubs, and hotels in various metropolitan cities and tier two cities across the globe. This in turn fosters the growth in India Pale Ale market forecast. 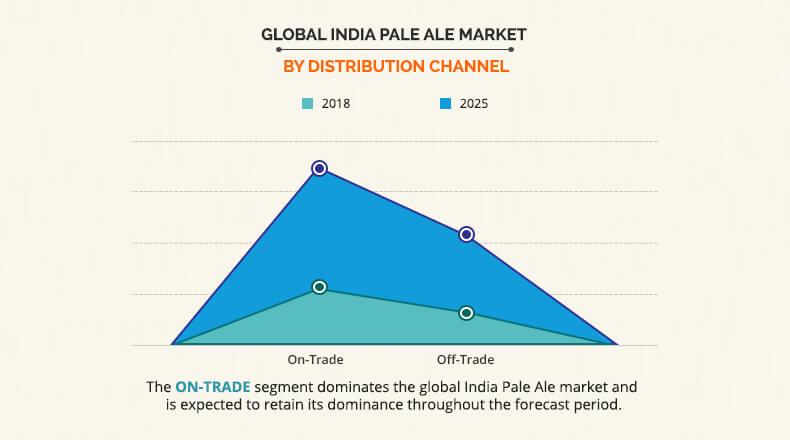 Based on age group, the India Pale Ale market is segmented into 21-35 year old, 40-54 year old, 55 year and above. The people in age group between 21 and 35 years are referred as millennials. There is an increase in the off-premise spending across beer owing to rise in pub and night life culture among the millennials. Also, factors such as occasions, motivators, and product preferences play an important role while buying and consuming Indian pale ale. The smooth taste and different flavor are the major factors that drive the growth of the India pale ale market among millennials. The millennials beer drinking tends to be more social compared to older generations and they usually have beer on outdoor occasions and during holidays. The preferences of this consumer segment are different from that of others and these consumers are not brand loyal. Thus, the number of innovations regarding variants are comparatively high. 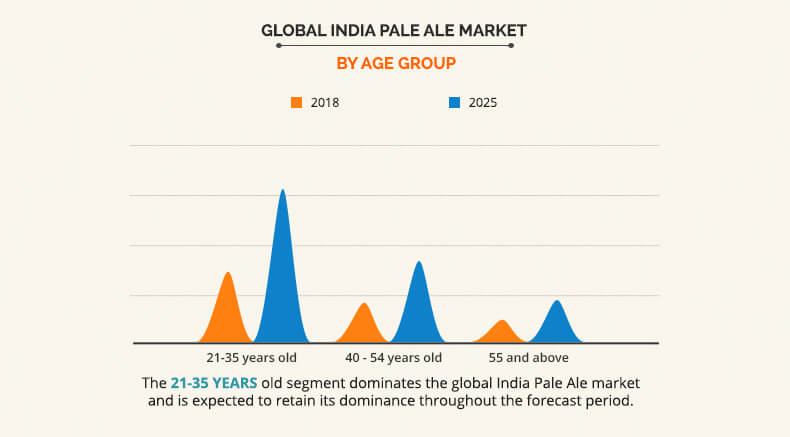 Based on region, the India Pale Ale industry is analyzed across North America, Europe, Asia-Pacific, and LAMEA. Europe dominates the global India Pale Ale market share. Premiumization is the most significant trend influencing the European alcoholic drinks market. Consumer willingness to pay a premium for an alcohol product that offers an authentic experience has led to an explosion in the number of microbreweries and brewpubs producing alcoholic beverages solely for the local community, to major regional players and larger breweries producing beverages for export across the world. However, among these, beer is the most widely consumed beverage in this region after wine. Pale Ales and India Pale Ales hold maximum (around 60%) share in the Europe craft beer market. An India Pale Ale is a hoppy style of beer that has a higher alcohol content than other craft beers. Aging population & millennials both are major consumers of craft beer driving the India Pale Ale market size indirectly. BREWDOG PUNK IPA is the biggest craft brand in the UK and is growing at 114%. Moreover, Fruit India Pale Ale is more popular among the young generation. And thus, brewers are engaged in the introduction of new and innovative flavors and types for India Pale Ales.

According to the CXOs of prominent companies, increase in inclination of people toward alcoholic beverages has changed the market dynamics. Beer is one of the most commonly consumed beverages in social gatherings and parties. Moreover, beer consumption has witnessed an upsurge among female consumers, which has in turn increased the market growth. In developing regions, such as China and India, the market holds lucrative potential for growth in future. In addition, increase in working young population and growth in disposable income have stimulated the market growth. Furthermore, there is an increase in trend of consuming light beer, owing to its low alcohol, and calorie content and health consciousness. Craft beer, a handcrafted beer that is infused with native flavors, is widely preferred by consumers and microbreweries. Changes in lifestyles of consumers fosters the growth of the premium market. Consumers have increasingly opted for premium beers, which are expensive and have refined flavors to maintain their social status.

Brewing companies need to address the rapidly changing demands for consumers to gain a stronger foothold in the market. Collaborations and acquisitions are the key strategies followed by the market players to sustain the intense competition in the industry, as in-house capacity building is believed to be difficult for novice players in the market.