IVD products are those agents, instruments, and systems utilized to examine samples such as blood, urine, stool, tissues, and other body fluids. These samples are derived from the human body to detect diseases, conditions, and infections. The tests can be performed in standalone laboratory, and hospital-based laboratory. IVD utilizes several techniques, such as polymerase chain reaction, microarray techniques, sequencing technology and mass spectrometry for test sample preparation to detect diseases.

Rise in incidence & prevalence of chronic diseases, technological advancements in testing techniques, and the increase in healthcare expenditure fuel the market growth during the analysis period. However, stringent regulatory policies and unclear reimbursement policies restrict the growth. 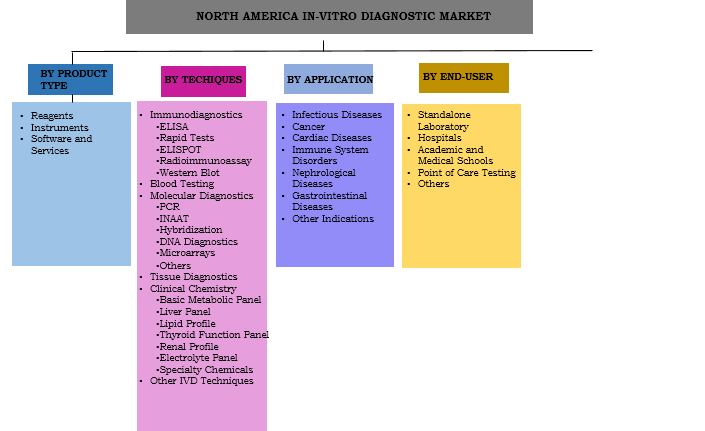 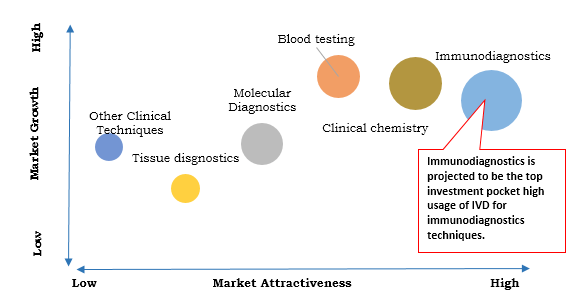 By geography, the North America IVD market is analyzed across the U.S., Canada, and Mexico. The U.S. accounted for the highest market share in 2016, followed by Canada. Mexico is anticipated to witness the highest growth rate during the forecast period. 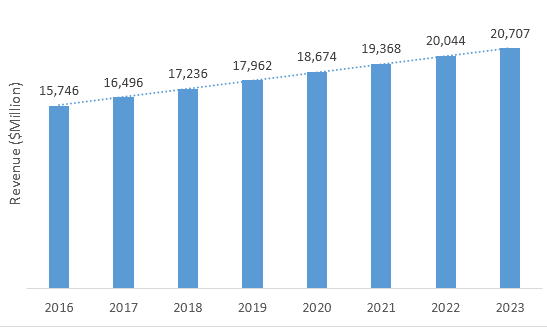 Increase in Prevalence of Infectious Diseases

The North America IVD market is on an increase due to growth in geriatric population as the number in volume of chronic and infectious diseases increases. From 2000 and 2050, the number of older people is projected to increase by 135%. In addition, the population aged 85 and above is projected to increase by 350%. Creating healthcare awareness among the masses as well as adoption of advance in vitro techniques for disease diagnosis is another major opportunity for the growth of the market in North America. The IVD market is affected by the taxes implied on the IVD instruments, as it adds up the marked cost.

In vitro diagnostics tests are used to diagnose various diseases and infections. In this technique, biological samples such as blood, urine, stool, tissues, and other body fluids are used to analyze and diagnose diseases.

The U.S. accounted for the highest share in North America due to increase in government expenditure in the healthcare sector, rise in chronic diseases, and demand for non-invasive techniques. Mexico is growing with the highest CAGR owing to rise in prevalence of chronic and infectious diseases such as cancer, tuberculosis, diabetes, HIV, and others. In addition, government initiatives for the improvement of healthcare sector and rise in technological advancement in IVD technology are expected to make way for growth opportunities in the market.