Get detailed COVID-19 impact analysis on the Carotenoids Market

The global carotenoids market was valued at $1,577 million in 2017 and is projected to reach $2,098 million by 2025, registering a CAGR of 3.6% from 2018 to 2025. The senior citizen segment constitutes a major portion of the population in the developed world and is the largest user of preventive and predictive medication. Health problems faced by the geriatric population such as vision damage is often associated with insufficient intake of vitamins. This is anticipated to boost the demand for carotenoids, thereby, driving the market growth. In addition, rise in demand for natural colorants and growth in end-user application further drive the global carotenoids market growth. 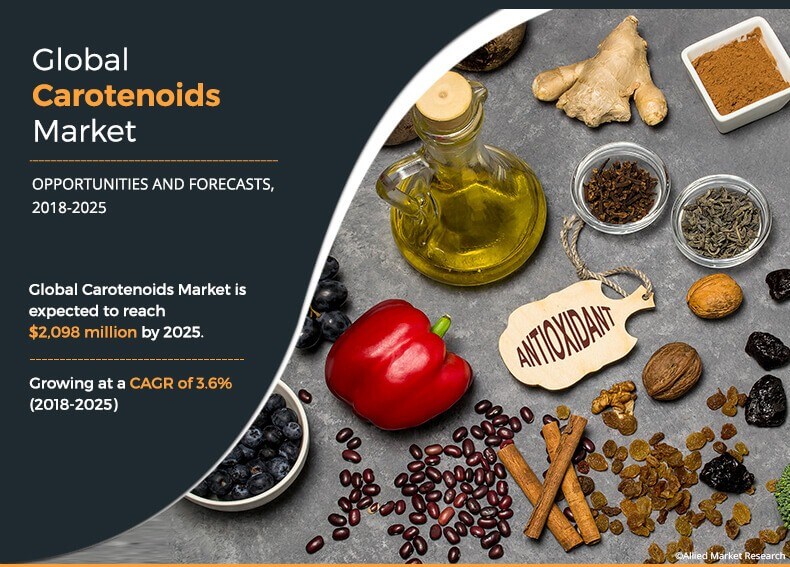 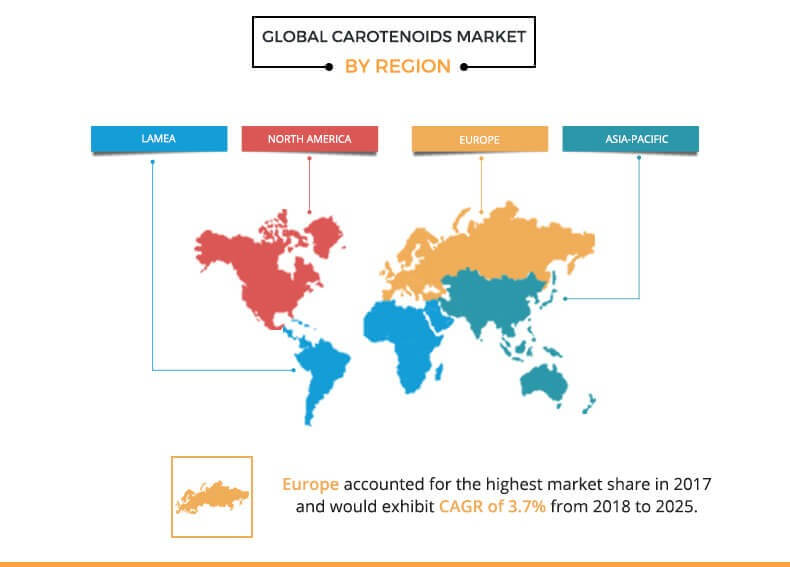 In 2017, Europe was estimated to be the largest market for carotenoids and is projected to witness steady revenue growth from 2018 to 2025 owing to the large animal feed industry and rise in demand for health supplements. Moreover, highly established cosmetics industry owing to the presence of key manufacturers such as Unilever, Beiersdorf, L'Oral, and Henkel is anticipated to supplement the growth of carotenoids market in the region. 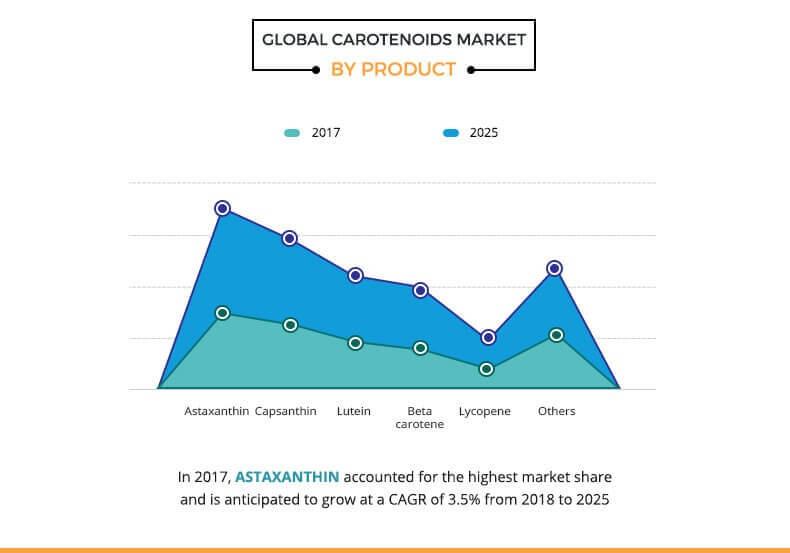 In 2017, astaxanthin accounted for the highest market share in the global carotenoids market in terms of value. Astaxanthin, which was earlier used only for imparting a rich pink color to farmed salmon, has recently gained attention in the dietary supplement for joint, skin, and eye health. Beta-carotene is the most prominent carotenoid, which accounted for the highest market share in terms of volume in 2017. 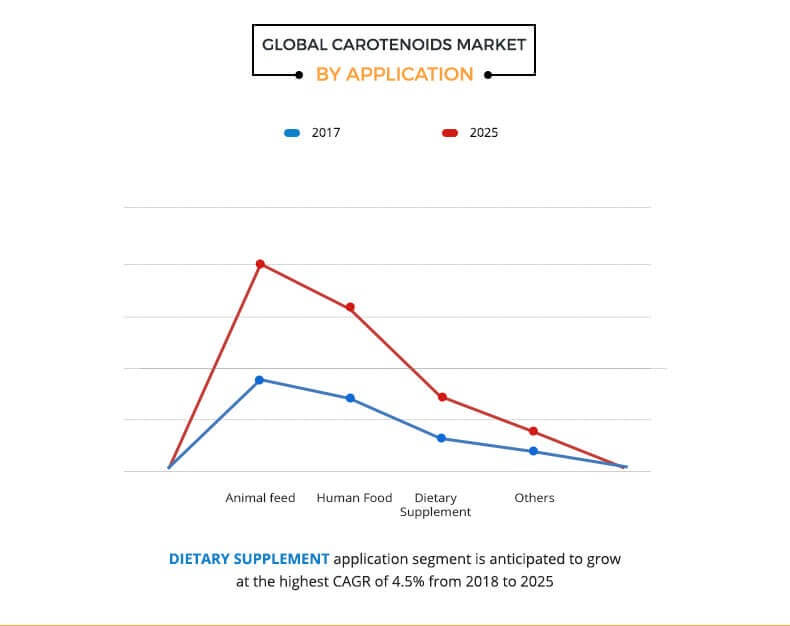 In 2017, animal feed was the prominent segment and accounted for the highest share in the global carotenoids market. Dietary supplements application witnesses significant gains and is expected to grow at the highest CAGR during the forecast period owing to rise in health consciousness and changes in lifestyles of the consumers.

Carotenoids are a class of compounds that have coloring power. They are widely used in the food industry. They occur widely in nature and all colored fruits and vegetables are good sources of carotenoids. The carotenoids, which are used industrially are majorly synthesized chemically, whereas a small portion is obtained through natural sources such as extraction from plants or algae.

Health benefits associated with carotenoids increase their applications in animal feed, human food, dietary supplement, cosmetics, pharmaceuticals, and aquaculture industry. For instance, carotenoids, as preventive healthcare and nutraceuticals, have led to its higher consumption in human food and dietary supplement. Changes in lifestyle, food preferences, and increase in awareness have led to the growth in demand for natural colors in food processing, beverages, and cosmetics industry, which are projected to open new avenues for carotenoid manufacturers. Owing to the emergence of massive Chinese manufacturers with high-quality carotenoid products, the products across all types of formulation and origin have seen a big drop in price. Rapid economic growth, technological advancements, industrial growth, and low costs of production in countries such as China and India are further anticipated to drive the market growth.

However, stringent regulations on use of carotenoids in human food, threats of adulteration, and higher cost of naturally sourced carotenoids as compared to synthetic carotenoids are projected to hamper the market growth.